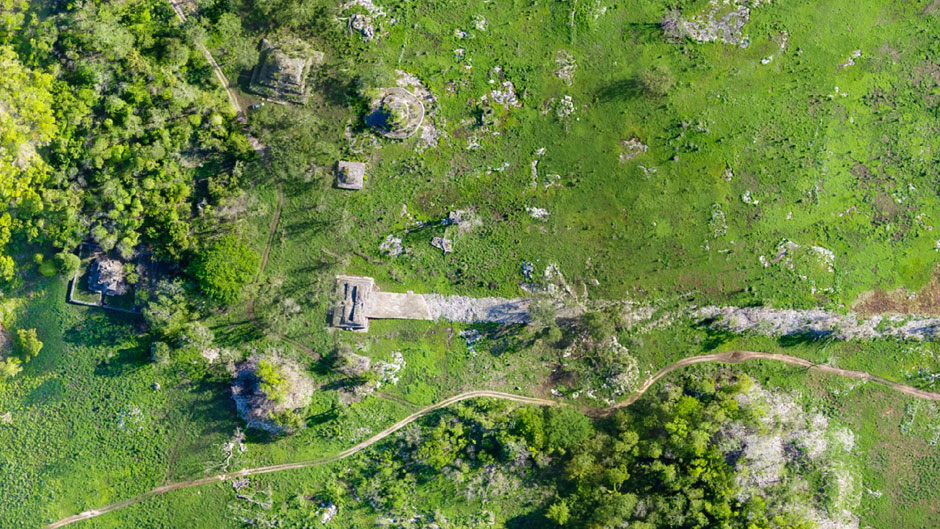 Archaeologists at Miami University and the Yucatan have carried out the first lidar study of the 80 mile stone highway (sacbe) that connected the Maya sites of Coba and Yaxuna in the Yucatan. The researchers believe that the road was commissioned by Lady K’awiil Ajaw, ruler of Coba, at the end of the 7th century. The lidar found 8,000 structures along the sacbe. They found that the earlier Carnegie Institute study theorizing the road was a straight one was wrong. The sacbe veered to connect other sites along the way.

So they have found many new towns and cities. It appears that Lady K’awiil Ajaw built the road to invade Yaxuna. She is depicted in stone carvings, beginning in 640 CE, trampling over bound captives. The large city of Chichen Itza was beginning to dominate the area, and Lady K’awiil Ajaw may have built the road to get a foothold in the area against Chichen Itza. She is documented as conducting wars of territorial expansion.

The team is excavating household clusters on the edge of Coba and Yaxuna along the Great White Road to find similarities in goods between the two sites.

The report is published in the Journal of Archaeological Science.

Miami.edu has the report here with a few photos;
https://news.miami.edu/stories/2020/02/modern-technology-reveals-old-secrets-about-the-great-white-maya-road.html?fbclid=IwAR02J59r-k1O-qwTdeEyBO5KBKeNfbtL-JpkhwIJwRL3ERUUrVs6_xFjnbY

View all posts by mikeruggeri